Skip to Main Content
What are Financial Markets and how do they work?

What are Financial Markets and how do they work?

They rise, fall, influence the economy and are now firmly at the center of the news in newspapers and television news: in other words, the financial markets affect our daily life. Their origin dates back to several years ago, but their constant evolution makes them different every day from the previous one.

Financial markets are spaces where the purchase and sale of various financial instruments such as shares, bonds, derivatives and more is authorized and possible.

For some time now, financial markets have no longer been physical places, but computer platforms called "trading venues". Within them, the sale and purchase proposals intersect.

The 3 types of markets operating in Italy

There are three types of financial markets operating in Italy:

Regulated markets are systems where the purchase and sale proposals of financial assets are entered by several intermediaries, either independently or on behalf of third parties. An important aspect is the extent of the information made available by investors regarding:

Multilateral trading facilities (MTFs) are similar to regulated markets but the substantial difference is that they can also be managed by Banks or SIMs, with the proviso that they are authorized parties.

Finally, there are the systematic internalisers, mostly made up of Banks authorized to provide the investment and trading service of financial assets on their own account and which execute the client's orders. So outside a regulated market or an MTF. 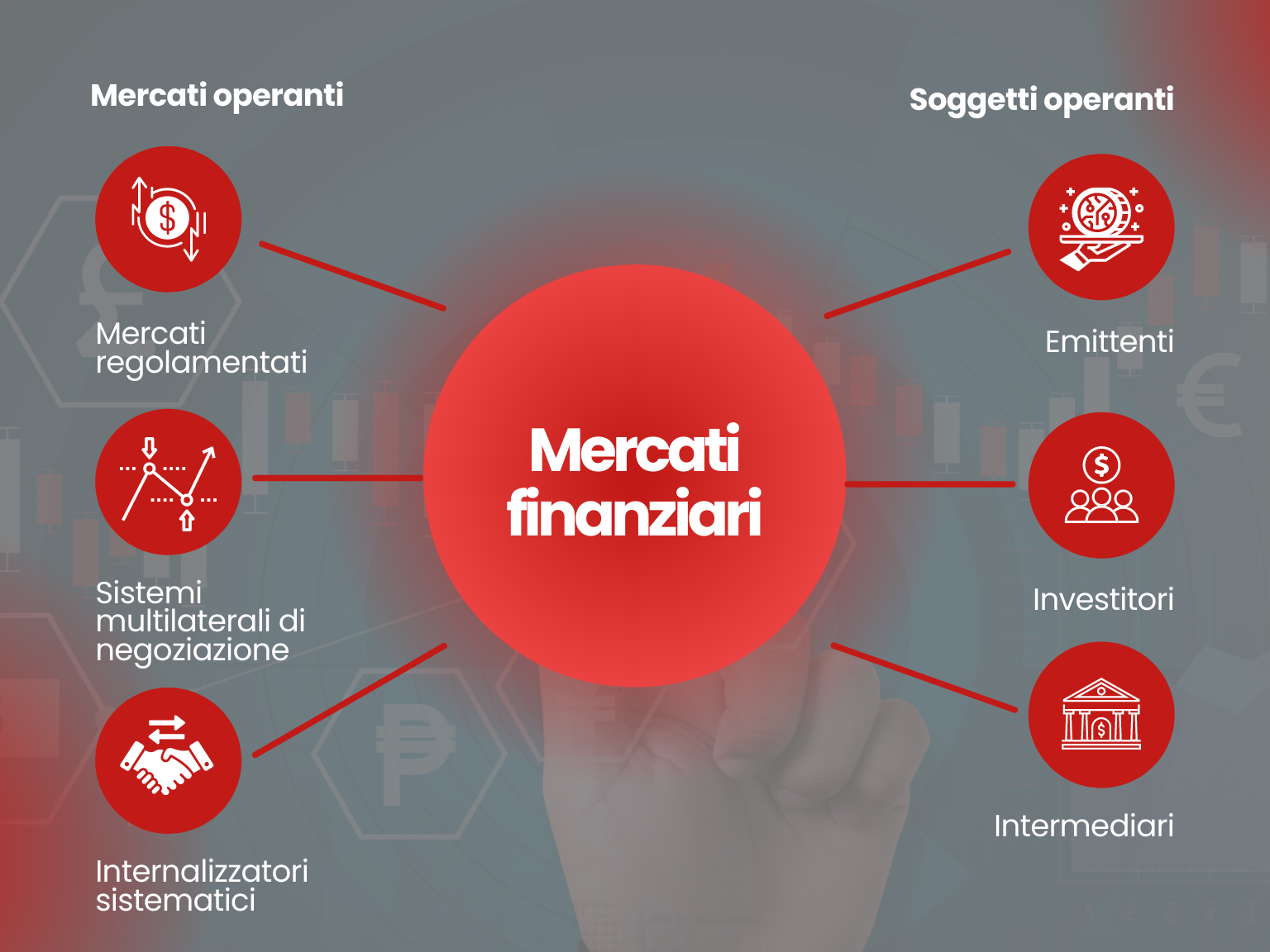 The 3 types of subjects present in the financial markets

Within the financial markets there are 3 different types of operating subjects:

What is meant by financial instruments?

As we have said, financial markets are where financial instruments are traded.

Financial instruments are essentially contracts relating to rights and provision of services of a financial nature and are divided into: 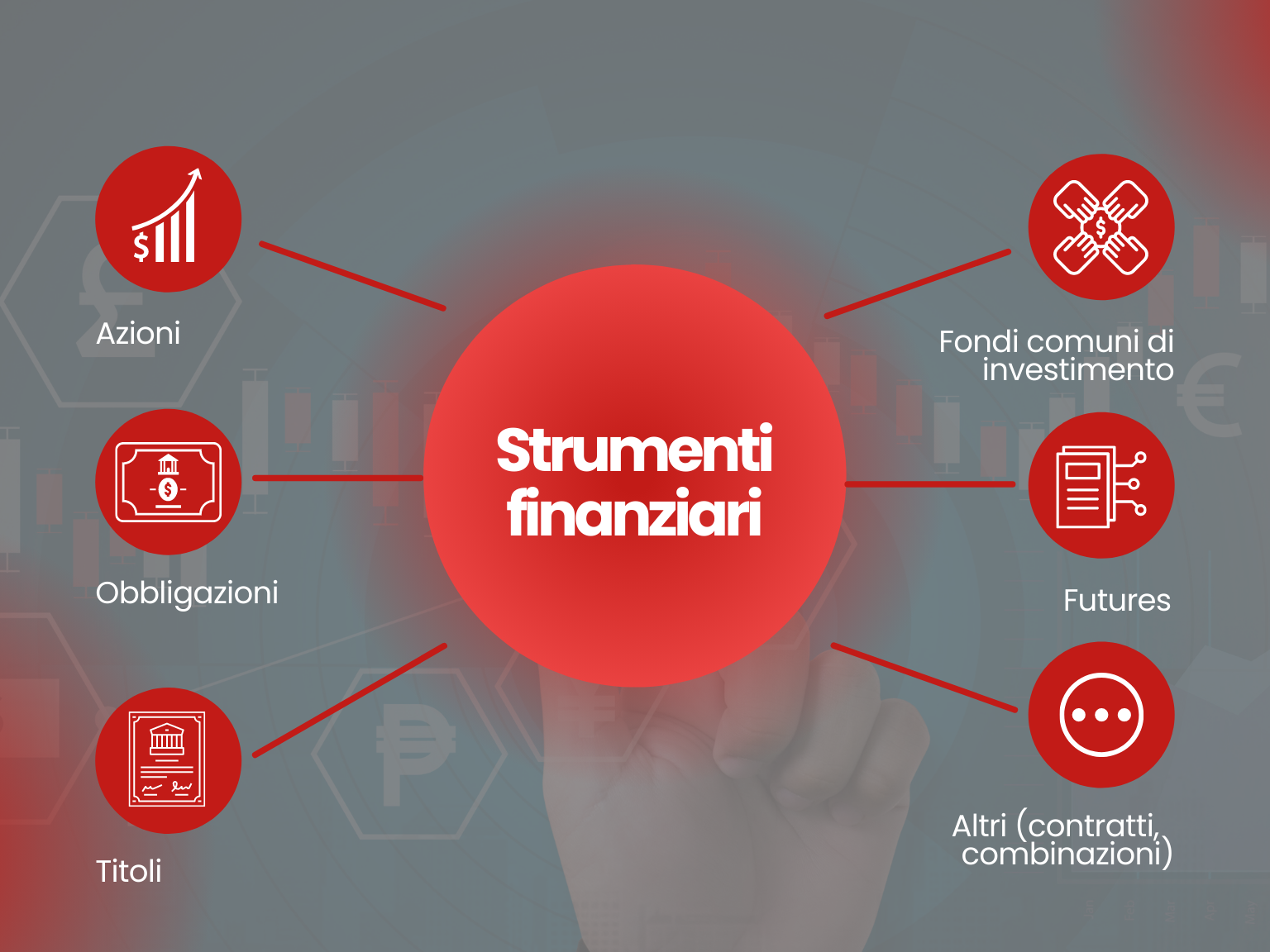 Means of payment such as bank cheques, cash, credit cards and current accounts are not considered financial instruments.

These contracts may allow the transfer of:

The former include, for example, Bonds, instruments with which the issuer collects debt capital from investors, generally recognizing periodic interest, coupons, and the repayment of capital at maturity. 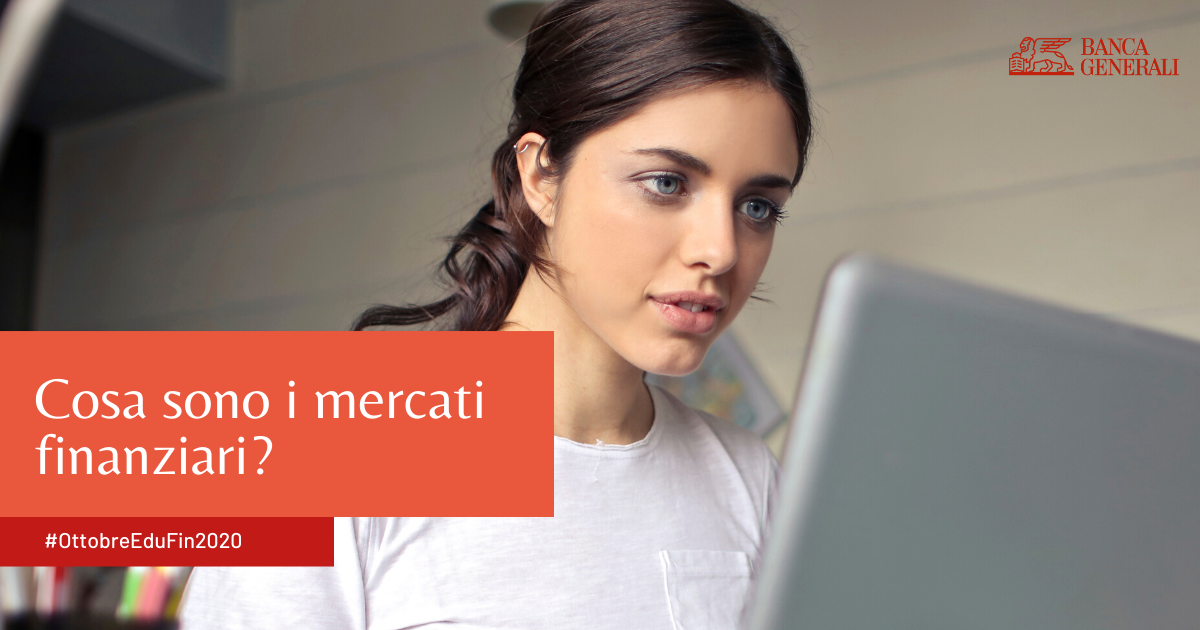