Skip to Main Content
Rising interest rates and the underlying dynamics: how to protect savings

Rising interest rates and the underlying dynamics: how to protect savings

When will interest rates rise in Europe? And what will be the extent of their rise?

Here are two questions that many people are asking that we will try to answer.

The interest rates set by the European Central Bank (ECB) are an important parameter on which the performance of the economy depends but also the household budget, especially those who have invested savings or a mortgage to repay.

Here then, the media spotlight has long been on the upcoming decisions of central banks, not only the ECB in the Old Continent but also the Federal Reserve (Fed), the top monetary authority in the United States. After keeping rates at an all-time low for many years, even bringing them below zero, both the Fed and the ECB now seem intent on a definitive change of course, that is, to raise them gradually.

But why is it so important to know how central banks will behave in the coming months? To understand this, one must first have a clear understanding of what interest rates are and what their trend has been over the past 10 to 15 years. 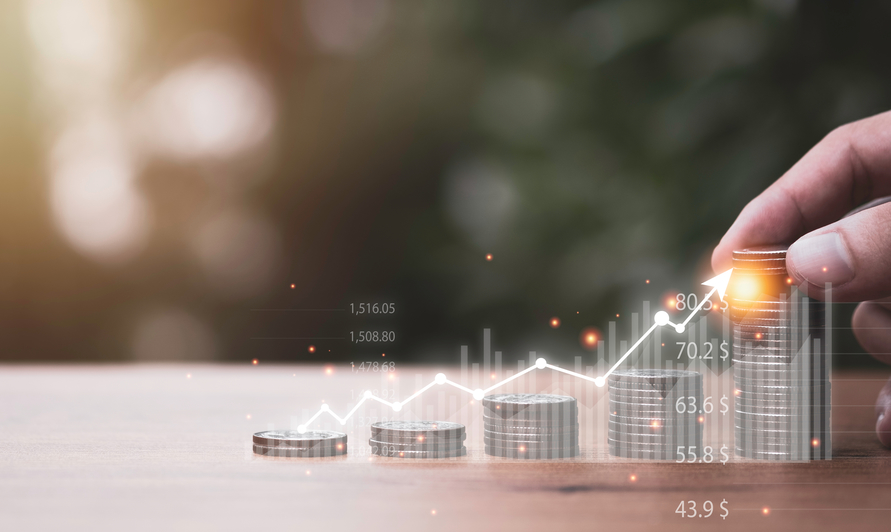 What are interest rates?

Official interest rates set by the ECB, the Fed and other national monetary authorities represent the cost of money at which individual banks in each country borrow money from the central bank.

That is, banks receive liquidity from the central bank and then use it to do what any lending institution does: provide loans to customers, charging an additional interest differential (spread) that represents a profit margin for the bank itself.

Which is a stimulus to the economy because, put simply, it pushes businesses and consumers to make investments by taking on debt.  It is no coincidence that when the economic crisis caused by the bankruptcy of the U.S. investment bank Lehman Brothers broke out in 2008, first the Federal Reserve and then the ECB gradually lowered rates to prevent the crisis from getting even worse.

In July 2008, the cost of money in Europe was last raised from 4 to 4.25 percent. Then, with the arrival of the crisis, the ECB began a long series of cuts, until rates were completely zeroed in 2016.

Interest rates: why are they linked to inflation?

For the past 15 years, however, the conditions of the economy have been quite different from what they are today. For 15 years, in addition to having a low-growth economy, we also had low inflation, that is, very little price increase (for certain periods we risked deflation, that is, negative price change).

In the past year, however, the scenario has changed: once the Covid-19 pandemic, which crippled the economy in 2020, ended, world GDP began to run rapidly again. This created a very high international demand for raw materials, goods and services, often exceeding market supply. Which is not hard to understand since many productions had previously stalled and struggled to get back on track quickly. And so, as is always the case when demand outstrips supply and when certain goods "go fast," market prices began to rise (as producers saw their bargaining power over buyers increase).

This imbalance has therefore fueled inflation, especially in commodities, which are obviously the engine of the economy. Moreover, with geopolitical tensions fueled by the war in Ukraine, this phenomenon has become even more pronounced. In the United States, inflation was well above 8 percent in March, while in Europe it stood at 7.8 percent, a level not seen since the 1990s of the last century.

Interest rates: why are they now rising?

However, the ECB believes that this inflation flare-up is likely to subside.

As early as 2023, price increases should approach around 2 percent again. In the meantime, however, the risks in the short term should not be underestimated, and central banks (ECB and Federal Reserve in the lead) must try to keep inflation at bay, lest it become a permanent phenomenon.

To do so, monetary authorities usually raise interest rates precisely because, when the cost of money is very low, consumers are driven to circulate a lot of cash and spend it, fueling high prices. Conversely, when interest rates rise, the cost of holding cash increases and the amount of money in circulation decreases (as well as it also becomes less convenient to take on debt).

This is why central banks have reversed course. In the United States, the Federal Reserve has already implemented two upward maneuvers: most recently in early May, when interest rates were raised by half a percentage point and brought into a "range" between 0.75 percent and 1 percent. Now, the expectation is for another hike of at least half a point at the next two Federal Reserve top meetings, scheduled for mid-June and July 26 and 27.

In Europe, the ECB is somewhat more wait-and-see, although most observers expect a 0.5 percent increase. "As a result of higher inflation, rising inflation expectations and intensifying price pressures," analysts at rating agency Fitch recently wrote, "we now expect the ECB to raise rates via two hikes of 25 basis points (0.25 percent) each." 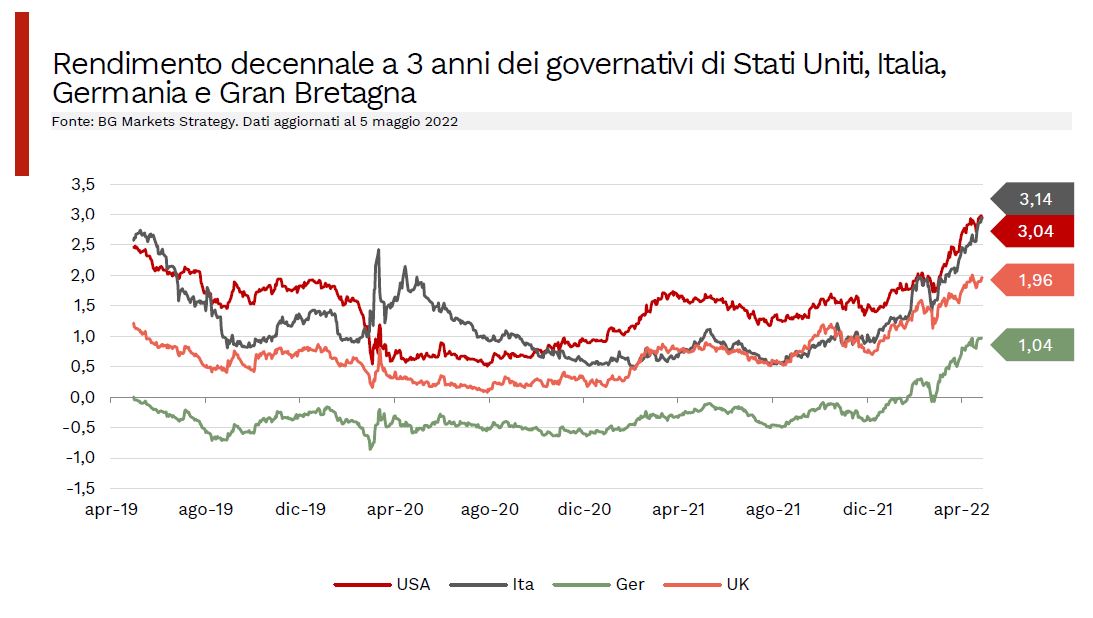 What consequences for mortgages and savings and how to protect yourself?

What does rising interest rates mean for households and savers?

Obviously, as mentioned earlier, getting into debt will cost more because the rate charged by banks to loans provided to customers also depends on the official rates. Which is true first and foremost for new home loans taken out by households and also for previously taken out home loans if they are at variable rates, that is, they have interest rates that follow the trend of the cost of money.

However, a rise in rates also gradually leads to a higher cost of government debt. Indeed, to finance their deficits, states regularly issue Treasury bonds (such as Italian BOTs and BTPs), which pay interest at regular intervals to those who buy them. If official market rates rise, however, states that incur debt by issuing Treasury bonds must also offer higher interest than before in order to keep investors buying the bonds and not instead direct their money to other, more lucrative financial assets.

Rising rates also have an effect on household savings. In this regard, however, a careful analysis should be made of how an investor's portfolio is composed. A good financial advisor, who helps clients build a well-diversified portfolio, usually recommends gradual solutions to gradually adjust to the new scenario.

As a rule, when official interest rates rise, so do the yields paid by government bonds and more generally by all bonds, even those issued by private companies. After all, if getting into debt costs more, states and companies that issue bonds (which are securities representing debt) will also have to pay more interest to investors.

However, rising interest rates also result in a loss of value for bonds that have already been issued in the market (particularly fixed-rate bonds with longer maturities). This is because, with the rising cost of money, previously issued bonds lose market appeal and depreciate in price as they pay less generous interest than newly issued bonds.

So if the rise in rates will be gradual and come in several stages, positioning quickly today on long-term bonds may be counterproductive, because they risk depreciating again in the future when the cost of money has further rises. Rather, to adopt a balanced solution, there is the possibility of gradually positioning oneself on short-term bonds, which are already discounting the future rise in rates and paying somewhat more generous interest than before (in anticipation of benefiting later from further rises in the cost of money).

The effects on the economy and employment: a comment by Andrea Ferretti

Obviously, higher borrowing costs always have an effect on trends in gross domestic product (GDP) and consequently also on employment. Higher interest rates, as mentioned above, are a disincentive to borrowing, money circulation and consumption, and can therefore have a dampening effect on growth.

Indeed, central banks now find themselves having to carefully dose rate hike maneuvers so as to be able to dampen the flare-up of inflation without causing a drop in GDP and hurting the economy.

Andrea Ferretti, an economist and professor of the Master of Science in Economics and Banking at Luiss Guido Carli, in his Ecopillola column broadcast on YouTube, highlighted how the European Commission has already cut its forecast for eurozone growth (from the previously estimated 4 percent to 2.75 percent).

So, Ferretti believes that the ECB will take a small step solution in raising the cost of money, so as not to undermine too much an already damaged economic picture. In the event of too sudden a rise, there would in fact be the possibility of a scenario that economists call "stagflation," that is, high inflation accompanied by stagnant economic growth-a risk that obviously no central bank wants to take. 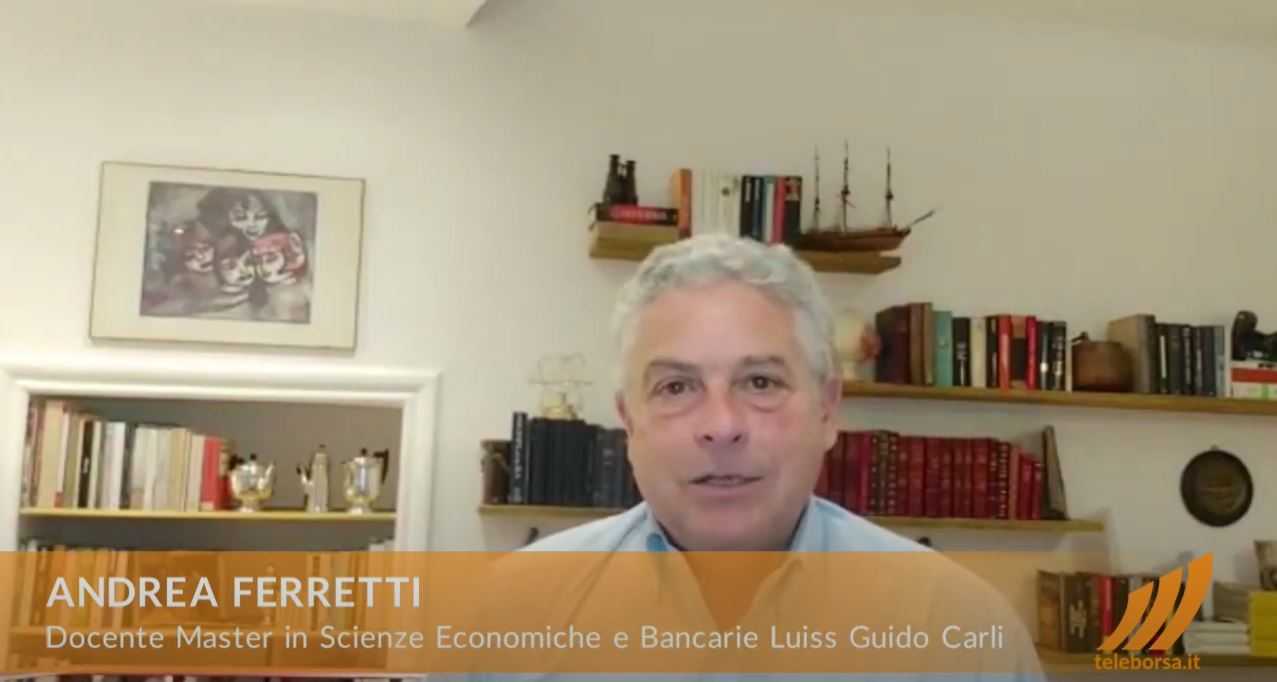 Andrea Ferretti, an economist and professor of the Master of Science in Economics and Banking at Luiss Guido Carli

As a result of higher inflation, rising inflation expectations and intensifying price pressures, we now expect the ECB to raise rates via two hikes of 25 basis points (0.25 percent) each.