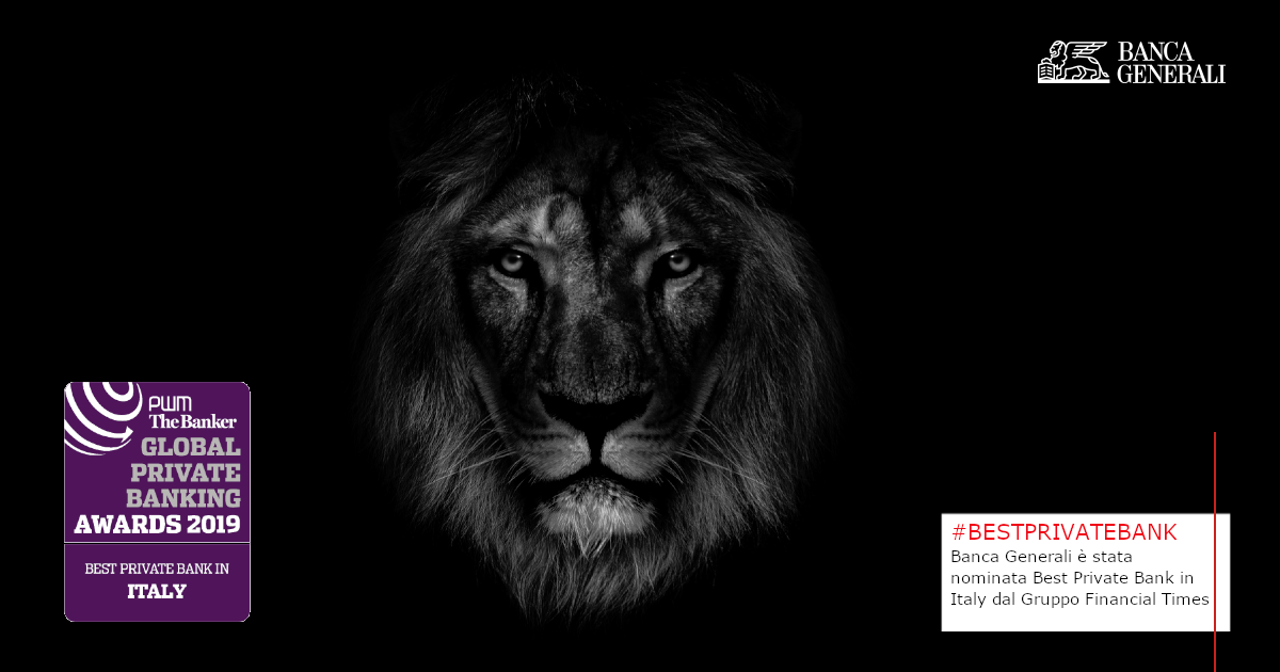 The Financial Times Group has appointed Banca Generali as “Best Private Bank in Italy”. This is the third time in the last 4 years that the private bank has won this international recognition, as evidence of the increasingly influential role in the sphere of services dedicated to Italian private customers.

The award ceremony was held on Thursday 31 October at the Sheraton Grand Hotel Park in London, in the presence of the CEO of the Financial Times, John Ridding, Financial Times Director, Lionel Barber, and the leaders of the international financial community.

The independent jury, composed of financial journalists and analysts, has awarded the Banca Generali’s unique business model, which exploits digital innovation in an open banking environment to offer exclusive advisory solutions in investments, as well as wealth management.

The extraordinary growth of the bank, which represents one of the most successful case histories on the European financial markets in the last decade, as well as the commitment to the development of an advanced financial advice proposal oriented towards sustainability are the most appreciated aspects considered in the nomination. The bank has developed a unique platform on the market that links the portfolios of families to the 17 sdgs of the United Nations 2030 agenda.

Gian Maria Mossa, CEO of Banca Generali, said: “We are honored to receive this recognition for the fourth time from a prestigious institution such as the Financial Times Group, a point of reference for the international economic and financial community. The award recognizes our progress in the private banking sector based on the quality of our bankers. Thanks to the best technology proposals, investment solutions, and wealth management, we are able to offer a versatile and unique offer, which allows us to meet the personal needs of families and entrepreneurs by helping them in all the important choices of planning and asset protection. We are proud of the level of trust and satisfaction expressed by our customers that for five years has also been recognized by an independent company such as the German institute”.