Banca Generali's net inflows amounted to €470 million in August, bringing the YTD total to €4.77 billion (+25% compared to the same period of the previous year).
Net inflows were mainly driven by managed products, which generated €406 million bringing the YTD total to €4,26 million (+66%).
Financial and insurance wrapper solutions totalled €276 million net inflows in August (€3.3 billion YTD), proving to be once again the most-in-demand investment solutions thanks to the flexibility and diversification they offer.

Chief Executive Officer Gian Maria Mossa stated: "In light of the ongoing geopolitical tensions and exchange rates volatility, in August our professionals continued to offer customers bespoke managed solutions able to protect investments. The 50% increase in net inflows compared to the same month of the previous year and the significant managed products component confirm the excellence-oriented approach of the Bank. This makes us look towards the coming months with much confidence".

Net inflows totalled €528 million in July. Over 3.3 billion since the beginning of the year

Data for the 1H 2020 have been presented. The path of sustainable growth continues with profits and volumes that are confirmed at pre Covid levels. 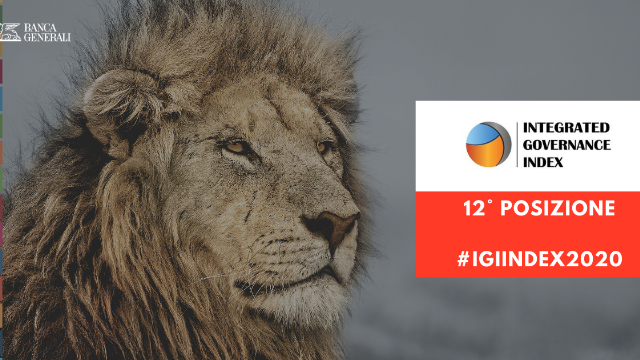 The winner of the 2019/20 World Cup does not stop in its battle against pollution.