Respect, determination, loyalty and passion: these are some of the emblematic sporting values that Banca Generali - Champion for a Friend will bring again this year to 10 of Italys most beautiful squares, offering to more than 10 thousand elementary and middle school children the possibility to enjoy and play in the company of four national legends like Adriano Panatta, Jury Chechi, Andrea Lucchetta and Francesco Graziani. For the fifth consecutive year therefore Banca Generali will support this extraordinary initiative, with the objective of bringing young people closer to sport and its most positive values through the example set by these special champions.
The 2014 edition started last Tuesday April 8 in the amazing location of Circus Maximus in Rome. A historical and timeless site that, for the occasion, has been transformed into a true and actual open-air gymnasium, filled with the enthusiasm of more than a thousand children from age 8 to 13 with no ability distinction. Also this year, in fact, Banca Generali - Champion for a Friend can count on the patronage of CIP - The Italian Paralympic Committee, keeping alive a strong social feature and involving children from several of the territorys charitable associations in the various stages.
THE 2014 STAGES - Following the great success of the first Rome leg, Banca Generali - Champion for a Friend will appear in 9 other Italian cities: Palermo (April 15); Taranto (May 6); Macerata (May 8); Arezzo (May 13); Biella (May 15); Como (May 20); Piacenza (May 22); Pordenone (May 27) ; Verona (May 29). 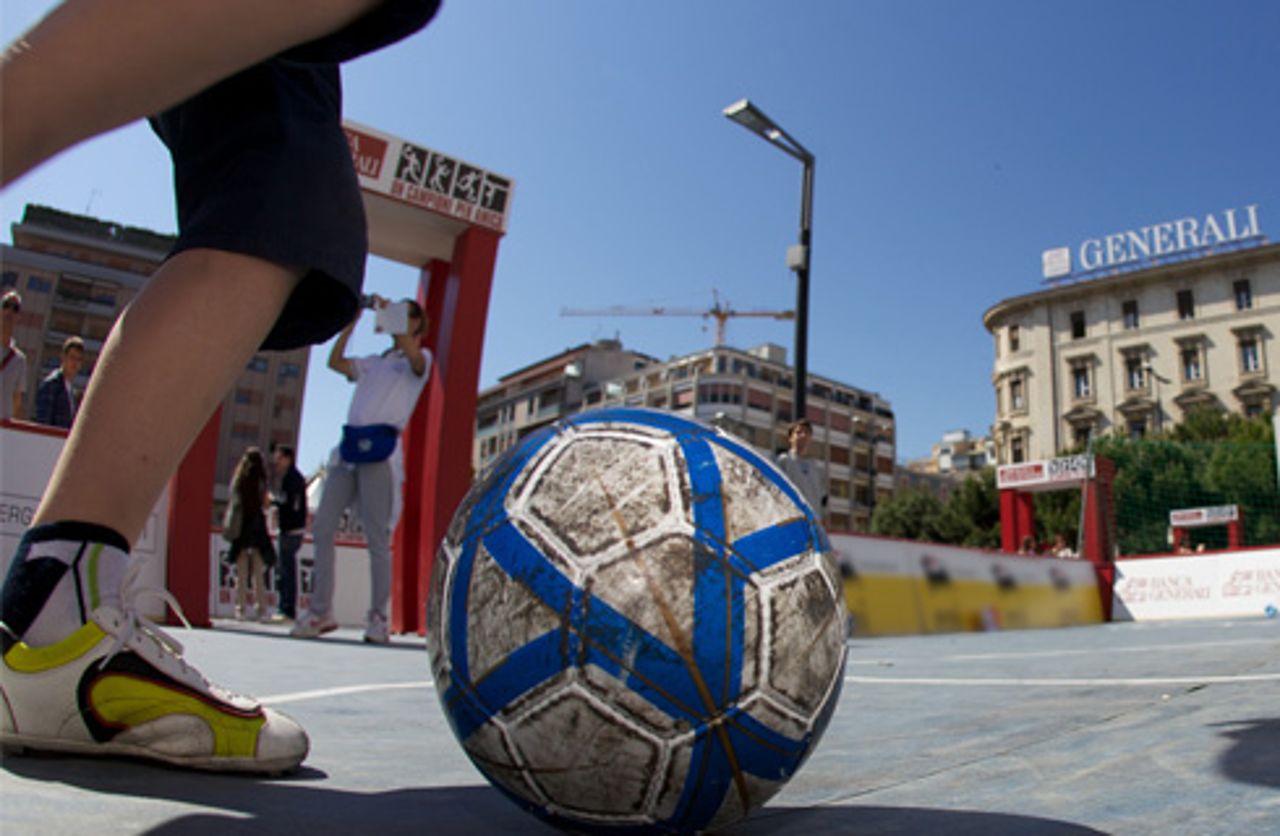